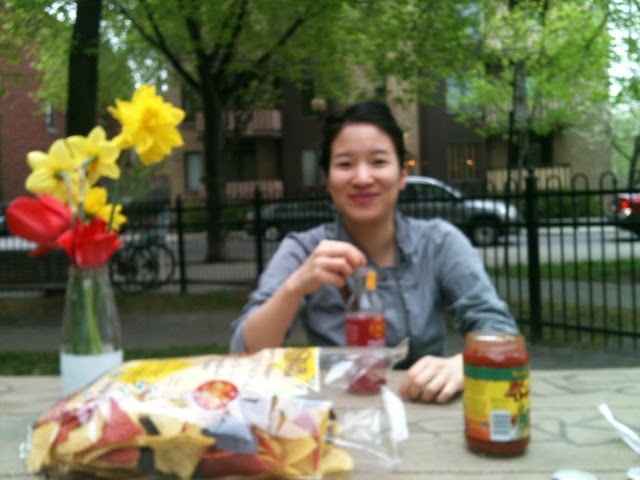 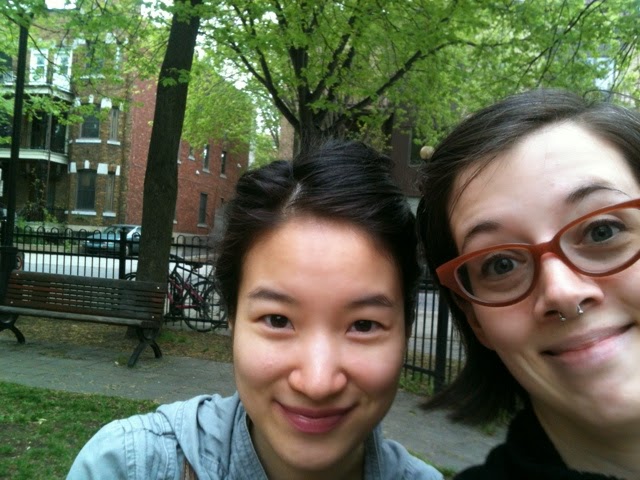 Hyun and I had a picnic lunch this week with corn chips, salsa, kombucha and bananas at the park opposite St Louis de France and the Fruiterie Plateau. It was an original Leek Geekers meal that had to be documented and shared - though Hyun hasn't posted in ages this blog is after all her brain child! Let's have a big hand for Hyun for the brilliant idea and to encourage her to maybe start posting again :)
Posted by Amy at 8:20 AM 2 comments:

I've decided to do a little series on what exactly gluten-free folks can find to eat on campus at McGill when it's not possible to bring food.

So, being gluten-free at McGill so far has not been easy. I know in the last post I had things all planned out, I had my snacks organized, and I was ready to go, but I've had some wrinkles. On Sunday we had a fiesta with the wine so I didn't get around to packing my lunch-snacks, Monday morning was too rushed, so I brought only an orange to school and hoped to find some other reasonably-priced GF snacks. Nothing fancy, you know, just some cheese or an egg or something. Not easy!! A lot of campus cafes are closed or shortly closing for the summer. Engineering Cafe had a basic, mostly primal salad (good) for $7 (very not good). They were also out of fries. Oy!

Wrinkle #2 is that I seem to not do well with nuts, which you may recall were a big part of my dry, portable protein plan for school. I don't recall whether I've mentioned it here at all, but I had been off nuts for a few months, thinking I was intolerant (I get skin reactions from nuts sometimes), then I'd decided I had probably been eating gluten-contaminated nuts, so I was paying attention to brands and carefully reintroducing them into my diet. So I've had nuts nearly every school day till midway through this week; on Tuesday I had a real bad tummy ache that just went on and on, by night time I was still bloated and uncomfortable. I had an intuition that it was the nuts. So that's out of the picture again, I'll probably abstain and reintroduce a few times more over the next few months to be sure, but at home I guess I'm accepting a nut-free reality. 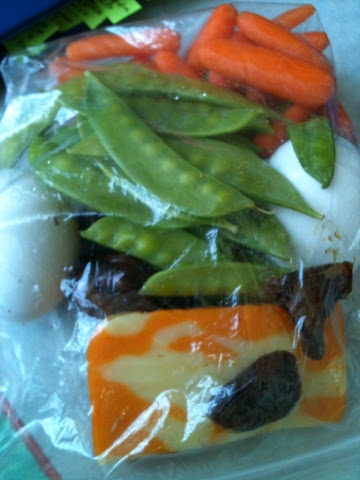 This is my updates nut-free lunch pack for today - carrots, snowpeas, two HB eggs, a piece of cheddar, and a handful of dates. 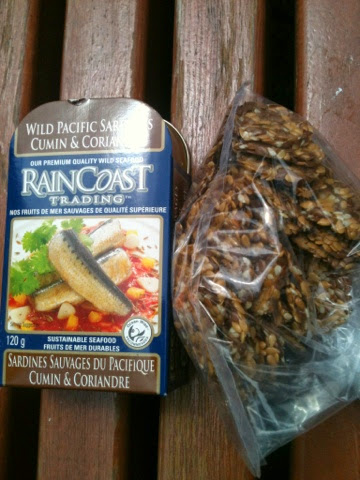 Option 1 - sprouted flax & sesame crackers and sardines from Couffin Bio on Sherbrooke.The sardines were delicious and sustainable but a little pricey (3$+). 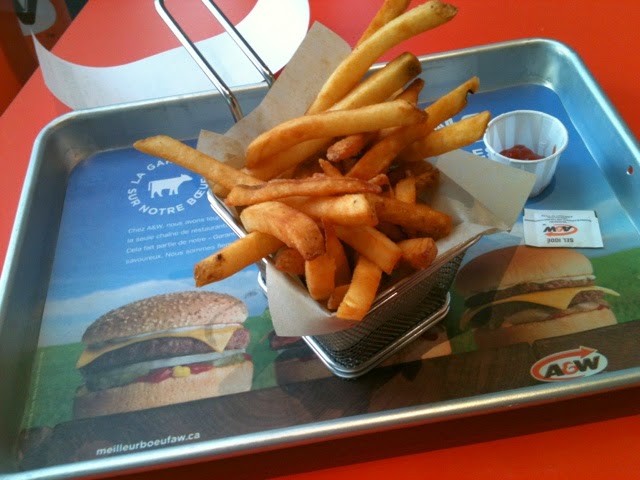 Option 2 - french fries from A&W on University (delicious but not super nourishing; not a good weekly fallback).
Edit: I've since figured out that many (most) restaurants fry onion rings and other sides with wheat batter in the same fryer as their fries - do not eat French fries from a restaurant unless you've confirmed that they use a designated fryer! 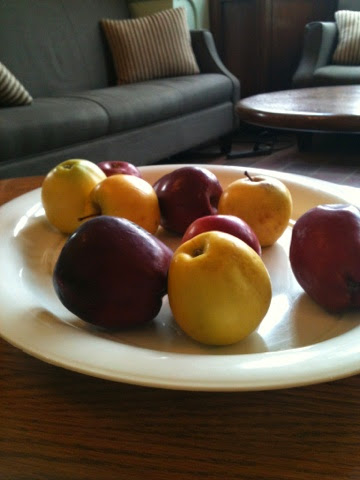 Option 3 - free apples from the Birks student lounge (admittedly this is not a reliably consistent option).

So far, that's all I've got. There's a Cultures (looks good, some bowls, soups and salads are GF, though weirdly the smoothies are not) and a Thai Express (which looks potentially promising though I don't totally understand the chart) on University I'll look into, and there's some possibility that the student-run Nest cafe in the SSMU building will attempt to reintroduce GF options in the fall (I emailed the present manager to volunteer help). I also emailed Student Food Services this week to tell them I think offering GF food is important, so while I only got back a pretty basic, "We're working on it, but there are lots of dietary restrictions on campus and we can't accommodate them all equally", who knows, maybe other options will emerge. I'll try to post updates by volume here to document my adventures and as a resource to other GF students on campus.

For now I am rethinking my packed lunches... More canned fish and some fish jerky attempts will probably play into my near future. Stay tuned!

If you are new to Leek Geeks, especially if you are a gluten-free McGill student who found us on google, please leave a comment and say hello! :)
Posted by Amy at 7:37 AM 2 comments:

I'm a student! Life is busy! Plus I changed all my passwords post Heartbleed and couldn't remember my password for blogger at moments of blogging inspiration. But I'm back! 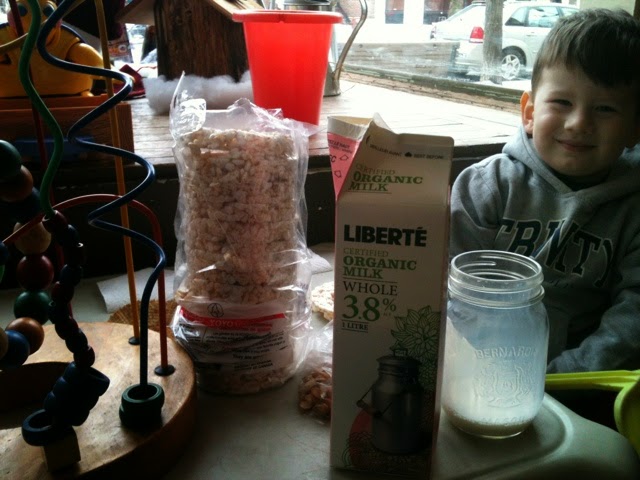 Hanging out at the co-op (Co-op La Maison Vert), waiting for Auntie Sam. 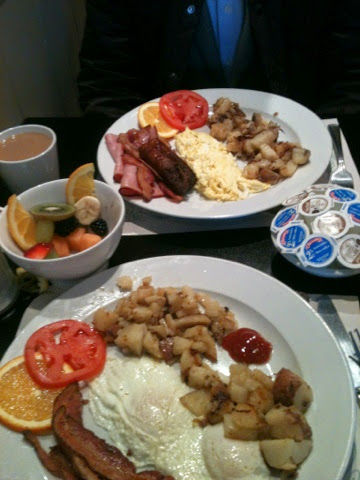 Tony and I treated ourselves to brunch out two Sundays ago - Ambrose had spent the night at my mom's and we had $20 cash from having not bought drinks after all the previous night at karaoke (sober karaoke - who knew?). Plus our kitchen was disgustingly messy and we were out of coffee. Perfect solution! We went to the little diner/café a few blocks away from home and had a lovely time. 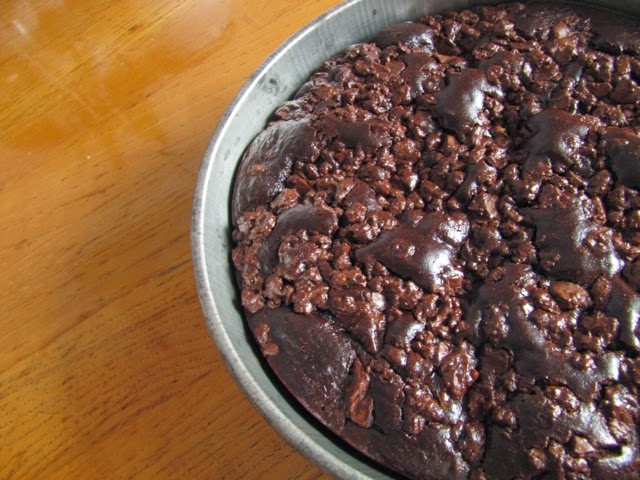 Brownie cake - our new favourite chocolate dessert. This one was dairy-free, made to enjoy with friends, one very old (eg my childhood bestie, our moms were pregnant together as friends and delivered two months apart) and a new one (her boyfriend). It was a fantastic night. Anyway I can't figure out linking on the mobile app so look for "plantain brownies" on my pinterest food board (linked to in the right menu); we just bake it in a round 8" pan and sprinkle the chocolate on top rather than mixing it in. 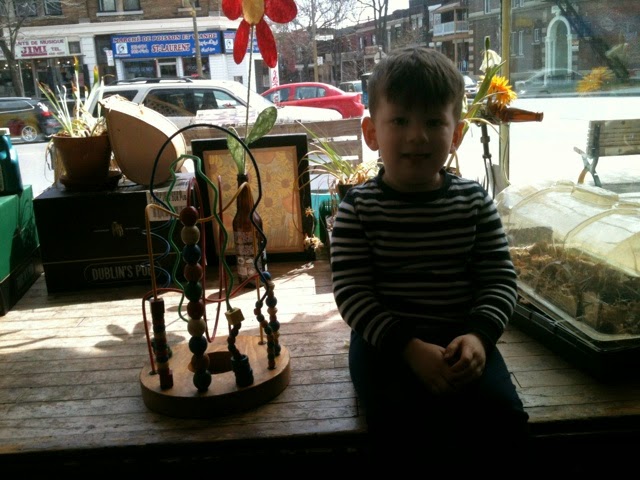 More co-op - that window just begs for photos. I realize they all look the same but I don't care. 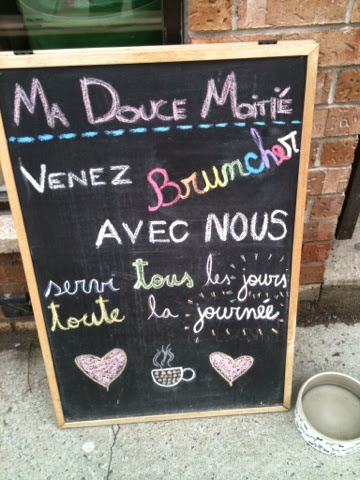 A café on Wellington I want to try. That is, I want to try the food - I had coffee there and it's terribly fucking cute, vintage milk bottles and scales on pallets, a game corner (with English games!), and free wifi (which I shamelessly exploit while waiting at that bus stop). They even confirmed via a message on facebook that they offer gluten-free goodies. Yay! 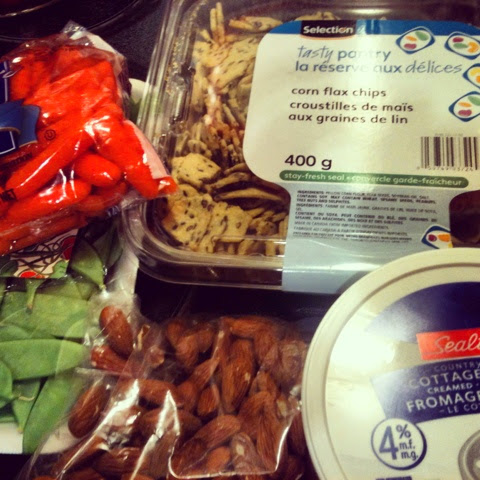 My lunch prep supplies this morning. Today is my second day of class, and this is the best solution I could think of to the real food, gluten-free, fridgeless lunch dilemma. And I have been avoiding nuts lately because many brands are contaminated with gluten, and corn makes me nervous because of GMOs, and it gives Ambrose rashes, and it's very not paleo, but they are yummy and
convenient so if I have no reactions I'll be okay with the compromise. 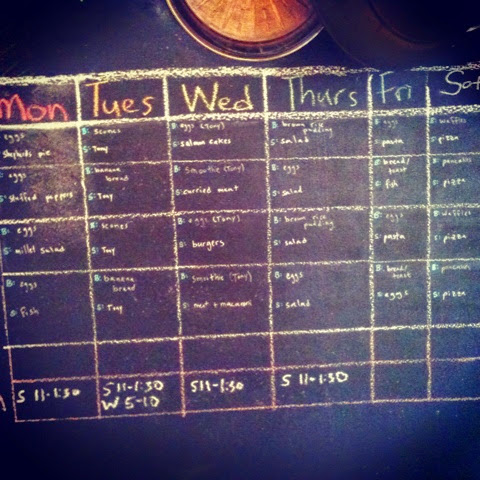 My crazy new four-week rotation meal plan schedule. Yes, including both breakfast and supper. I know many people would find a system like this constraining, but I find it soothing. If anybody is curious I will reproduce the table electronically; I know the text is pretty hard to read. 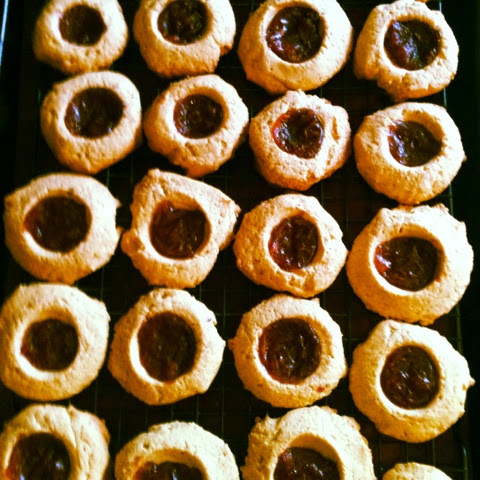 Peanut butter and jelly thumbprint cookies. It's an original recipe (as original as cookie recipes can be, anyway). Stay tuned for recipe & instructions next post!
Yes, in this post I have shamelessly recycled several of my instagram pictures. Get it hot & fresh by following me: amyparaskevas. I used to blog with a camera and sit-down computer - I think I'll be doing a lot more mobile blogging in the next little while, out of necessity. Hopefully I'll get the hang of iphone photography. 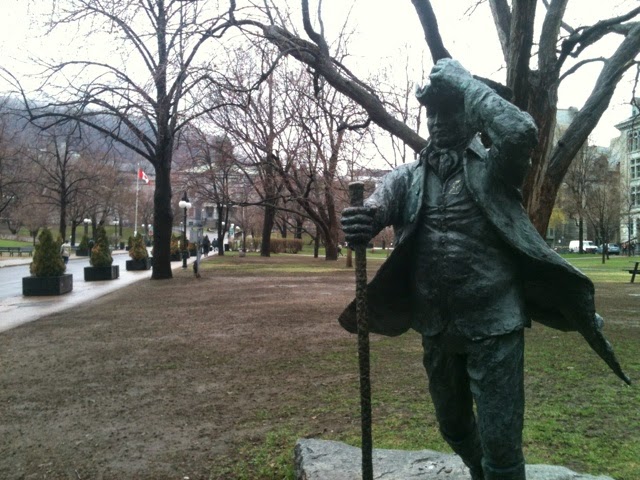 (This is how being on campus makes me feel: "Hold on to your hats, people! We are about to get our crazy on!" I was going to do a weirdo scared-face selfie with him but ended up feeling a shade too self-conscious, with all of the legit looking students streaming by and whatnot.)
Have a great week!
Posted by Amy at 7:55 AM 1 comment: